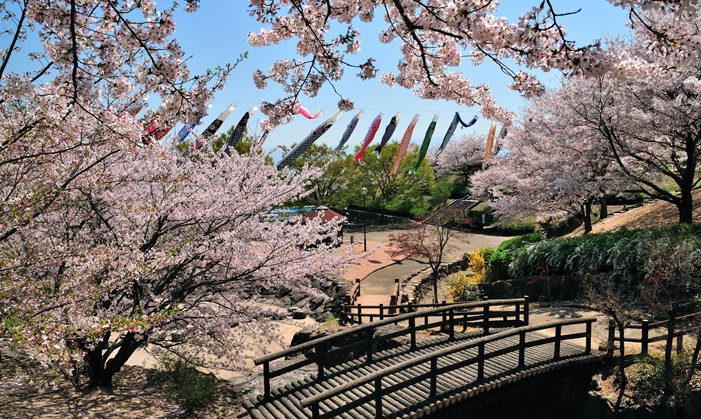 Fudonotaki Falls Country Park is a park on the Southern side of Mt. Shippo, which means “seven treasures.” The mountain gets its name from the legend where Kobo Daishi, a great Buddhist teacher, buried seven treasures on the mountain. Looking down from Fudonotaki Falls, you can see the park’s open space, mini golf course, and playground.
The falls themselves come from the heart of the mountain and drop 50 meters while misting out into the open air. The name of the falls means “unmoving waterfall” and was so named because it is said that during Kobo Daishi’s training, he carved an image of Acala (called Fudo Myo O in Japanese) into the rock at the source of the waterfall.