An Interview with Mariko Tanaka, an Awashima Volunteer

The Hidden Gem of the Setouchi

“I can’t believe such a beautiful place was so close by!”

These words were spoken by Ms. Mariko Tanaka. Born and raised on Takuma’s Shonai Peninsula, she decided to join the Sea Firefly Squad in 2019 after seeing it on Facebook. Now, as the 2019 Setouchi Triennale grows closer, she has been volunteering her time to help Maki Ohkojima and Mayur Vayeda create artworks for the Triennale.

Many people who live in Kagawa Prefecture – or even Mitoyo itself – have rarely, if ever, been to Awashima Island. However, one trip there is enough to change your perspective forever. We asked Mariko about her experiences in July 2019.

Her Home Away From Home 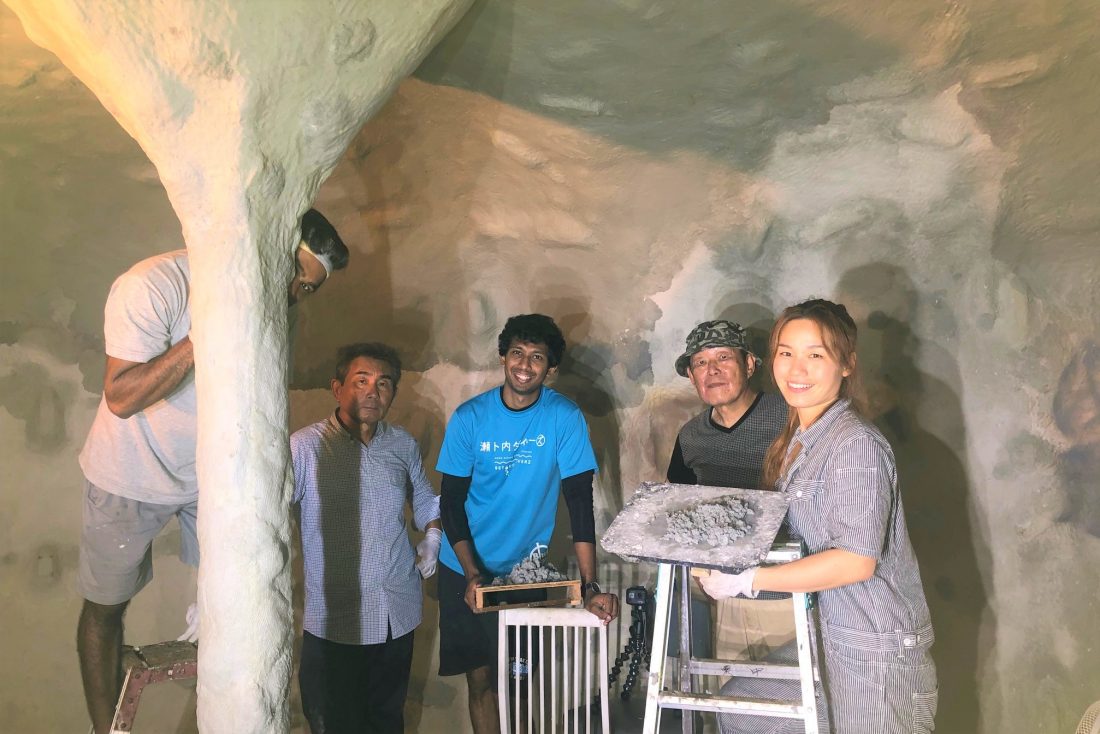 ―This year is the first time you’ve helped with creating art on Awashima despite being a local. Can you tell me more about that?

Mariko: “Before I joined the Sea Firefly Squad, I had only been to Awashima Island on a field trip.

I didn’t know that it was possible to volunteer for a long time, then every once in a while I would see things about the Sea Firefly Squad on Facebook, and it always looked super interesting.

As a member, I’ve helped Mayur create the cavern for his work, helped Maki make the bones for her whale, and sometimes even made lunch for everyone. 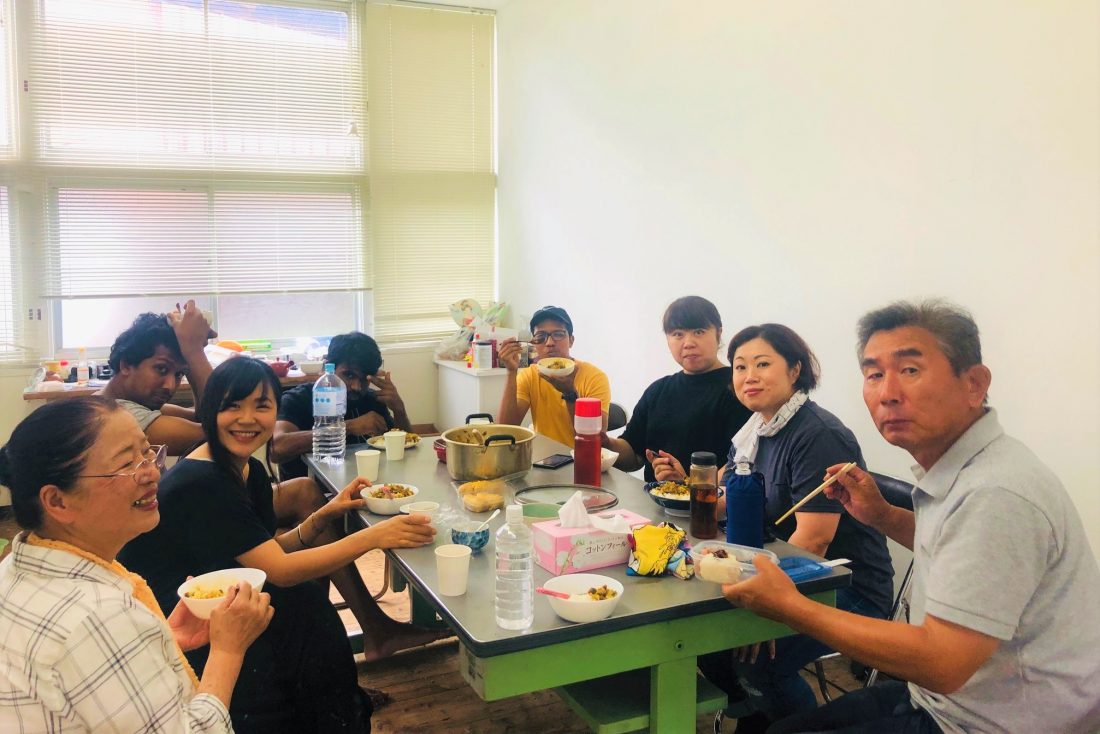 Volunteers frequently eat with the artists

!I’ve been able to get to know the islanders and artists quite well, like a second family. Now whenever I visit, they’ll say things like, “Welcome back!” and seem happy to see me.

Also, Mayur will often prepare Indian curry for everyone for lunch. I don’t speak much English, but Mayur and his brothers are so good at communicating that we can have fun even without speaking much.” 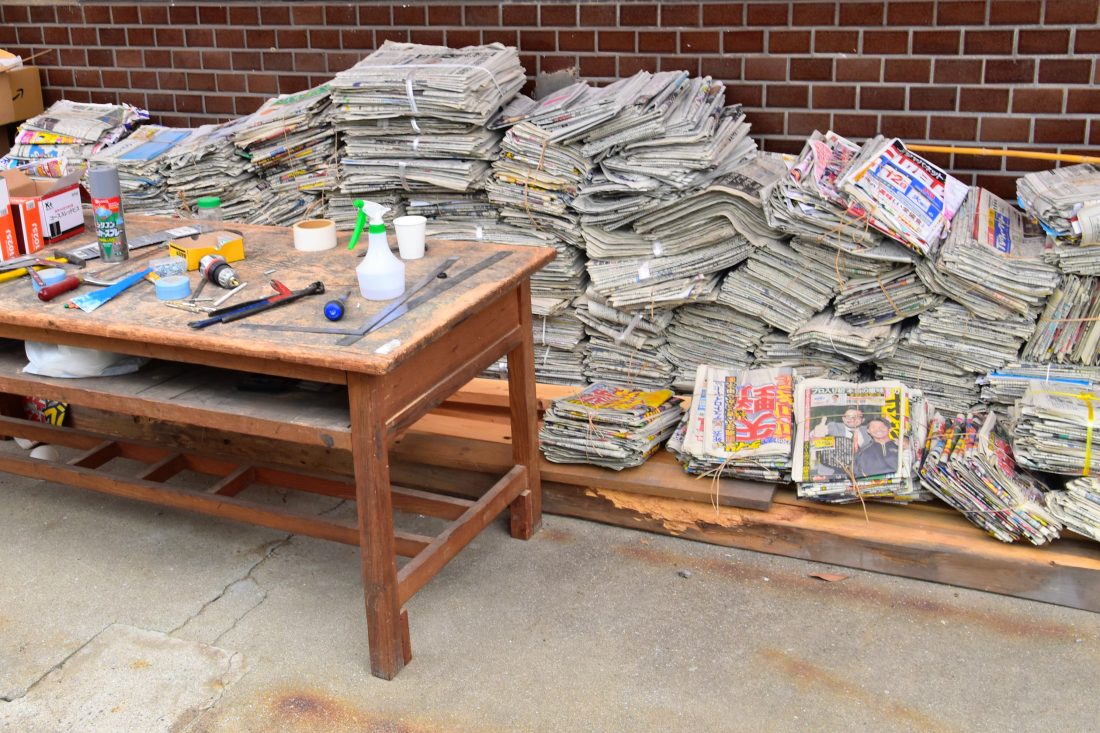 Newspapers waiting to be transformed in to cave walls.

―Many people think of modern art as being difficult to understand. When you look at Maki or Mayur’s art, do you feel that you understand it?

Mariko: “No, not at all. When I first started helping, Maki explained the goal of her art to me. I was struck by how deep the meaning went.

When it comes to Mayur’s cave, it’s actually made of a lot of shredded old newspapers from all over. It’s basically papier mache. I think that knowing these sorts of things about the artwork makes it more interesting when you see them. 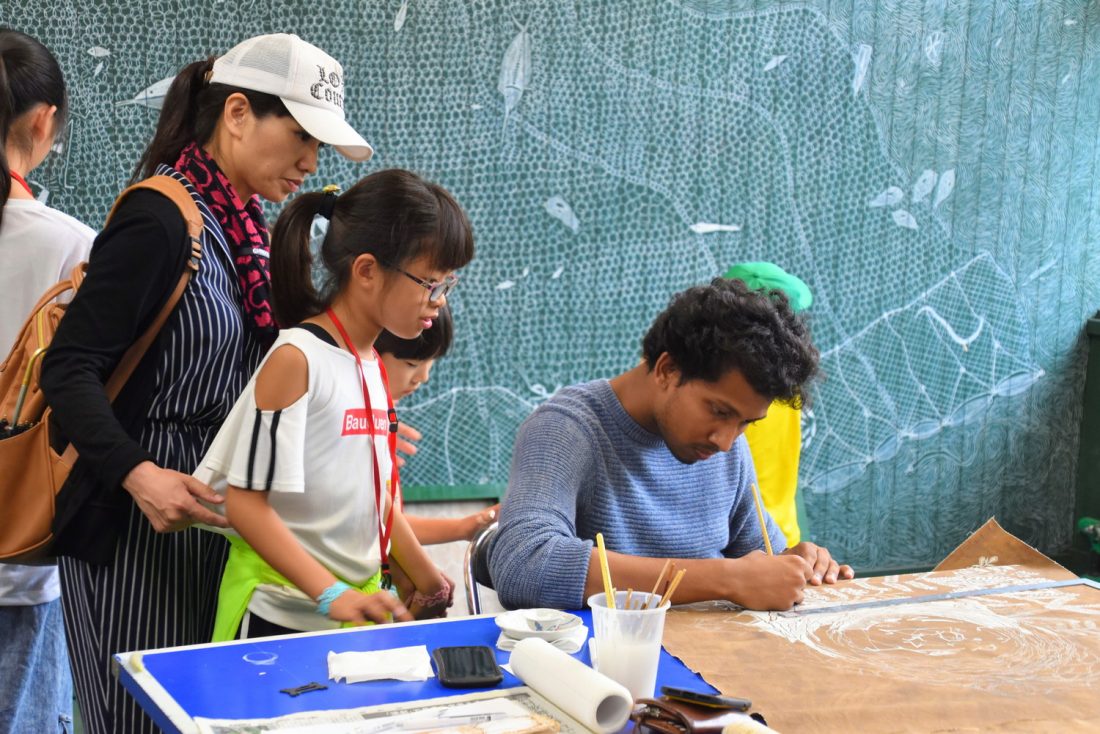 “Yesterday, Mayur was carving wood, and singing an Indian song while he did. Apparently, that is the traditional way to make art among the Warlis. I think you normally don’t get the chance to see an artwork take shape like this. I’ve been given a really precious experience.

“Also, sometimes when we’re working he’ll say things like, ‘At this time of year it’s raining a lot where my family is…’ And it’s made me really interested to learn more about India. I’ve been learning about Indian culture online recently, haha.

“Even though I initially only wanted to help make art for the Triennale, I learned a lot about art and India. I feel like I’ve grown as a person from this experience.”

Bring the Kids Along 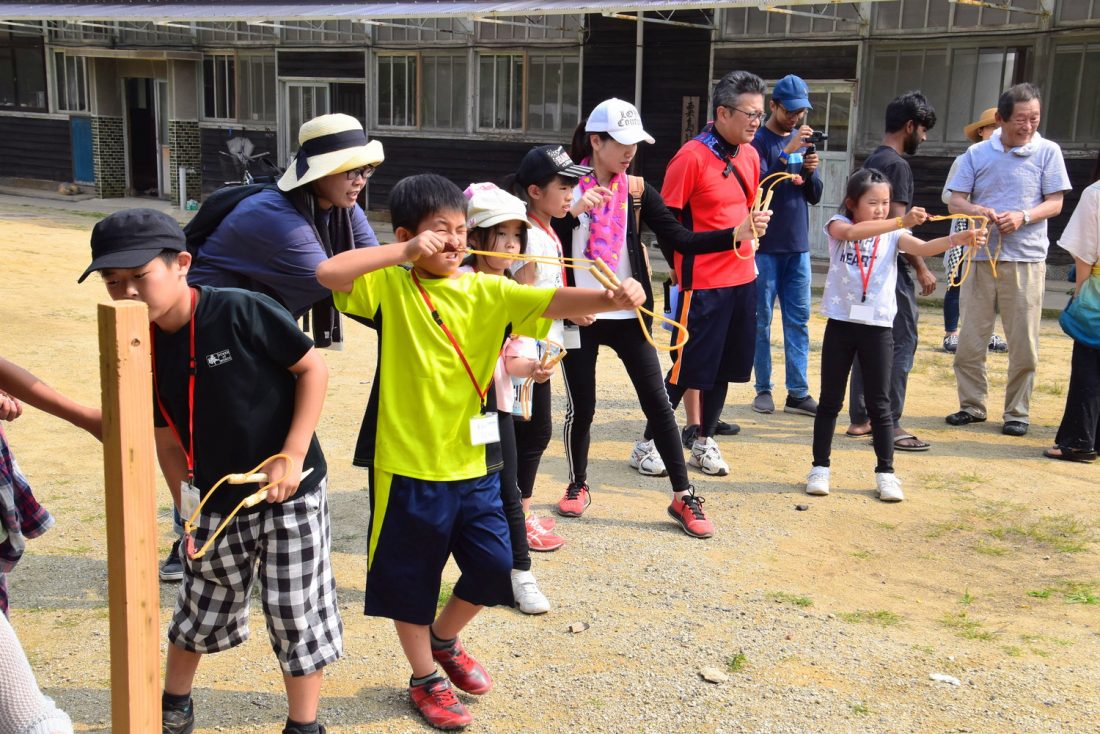 Children participating in the slingshot workshop in June 2019

―Mayur has done a few workshops aimed at children, like making slingshots like those used in his hometown. Do you think that volunteering like you have is good to bring children along to?

Mariko: “The Sea Firefly Squad has done things like help with embroidering, but we also there are also jobs that children can help out with. It would be a lot of fun for parents and children to try volunteering together.

The number of things kids can help with has increased. Actually, the newspapers used to make the cave were collected by nearby schools. The kids learn about it and say, “Hey mom, I heard about this cool thing happening on Awashima Island today…” It’s not the sort of thing they get to encounter every day. 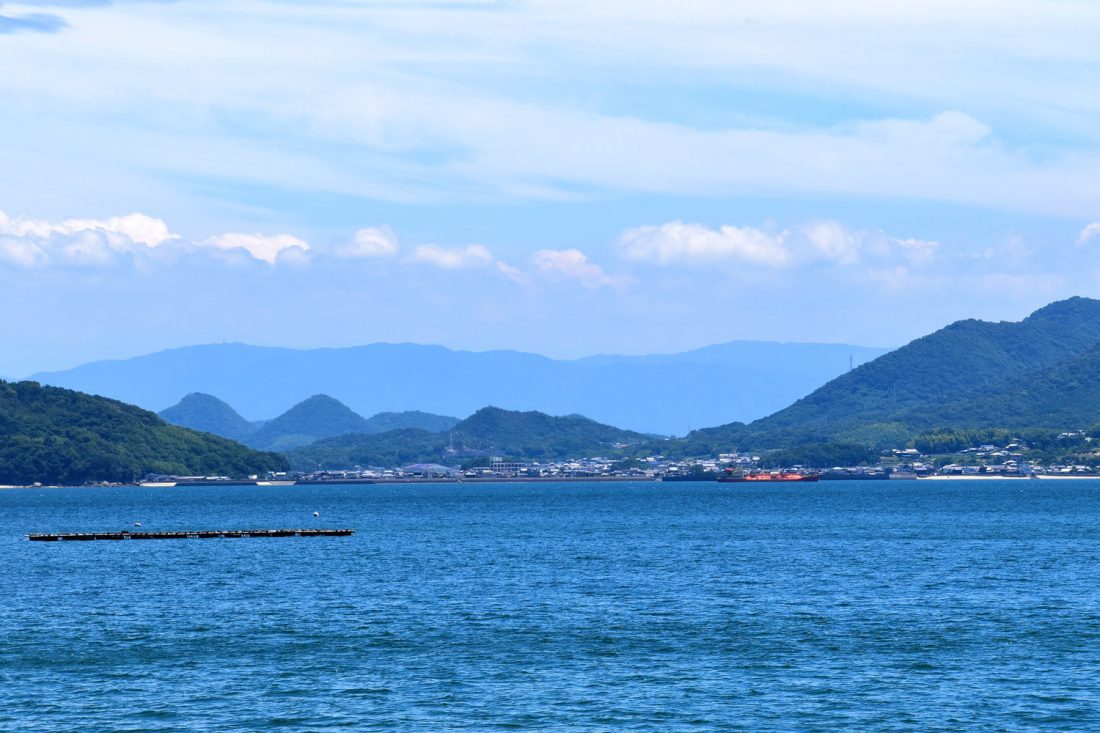 Takuma as seen from Awashima Island

“It’s always fun to see children on the boat; they’re so excited they can’t sit still. Since it’s just 15 minutes, it’s the perfect amount of time for the kids to enjoy the trip without getting bored.”

Mitoyo is looking for volunteers to assist with artworks and other duties before and during the Triennale. Click here to find out how you can volunteer! (Japanese only)