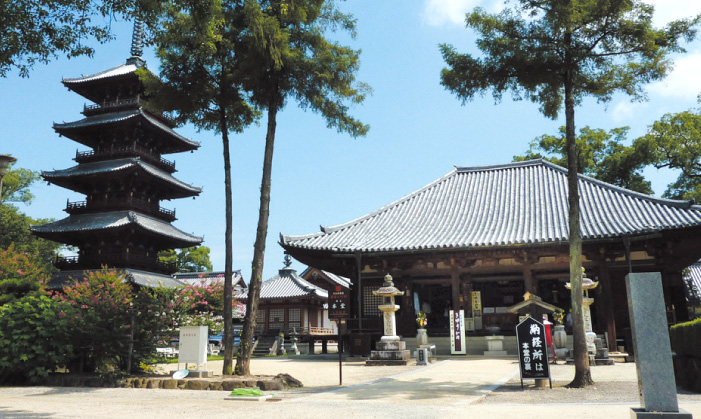 Motoyamaji Temple is the 70th temple on the Shikoku 88 Temple Pilgrimage.
The ground of this beautiful temple feature a 5-story pagoda. The main hall is an imposing, stately structure with a hipped tile roof. The original structure from 1300 was burned down, but the shape still remains in the modern incarnation of the building. The outer structure is designed in the Kyoto style, while the internal design is fashioned after Nara’s Kamakura-era styles. This blending of styles in consruction has led Motoyamaji Temple to be designated one of Japan’s national treasures. It is also the only temple among the Shikoku 88 to have Hayagriva (a manifestation of the Bodhisattva Kan-on with a horse’s head) as it’s main object of worship.