Essential Travel Only Until Further Notice
The number of COVID-19 cases has been rapidly increasing throughout Japan, and Kagawa Prefecture has raised the prefectural alert to the highest level. The majority of Shishijima residents are elderly, and there are no medical facilities on the island. At present, only residents and essential services may travel to Shishijima Island. Anyone visiting to provide essential services should take precautions against transmission, such as wearing a mask, etc.
20 minutes from shore
lies an island where only 20 people live
watched over by its most ancient resident,
the great camphor tree, Okusu.

For additional information/questions, call: 0875-83-3204
★Please buy your ticket(s) from the vending machine on board. 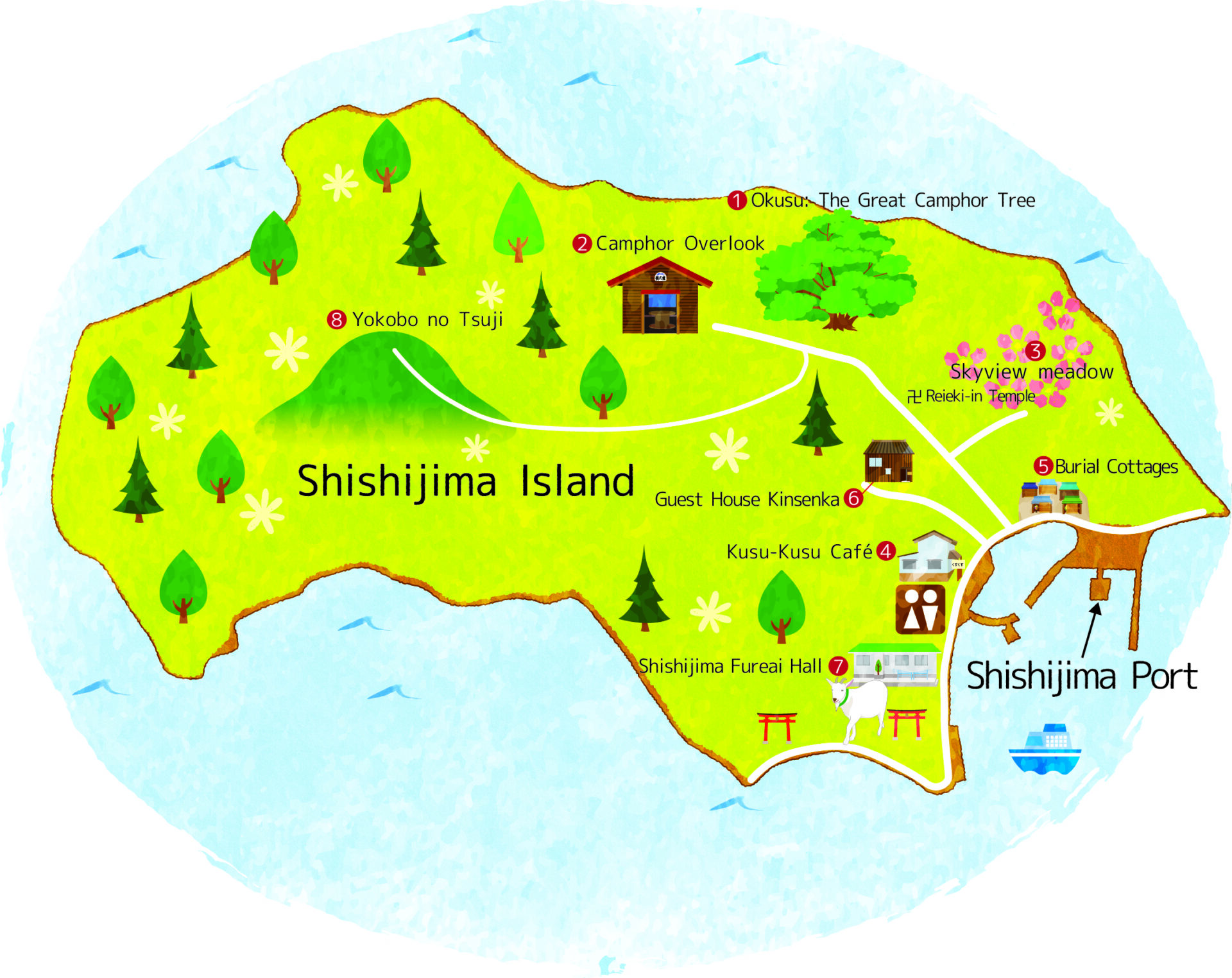